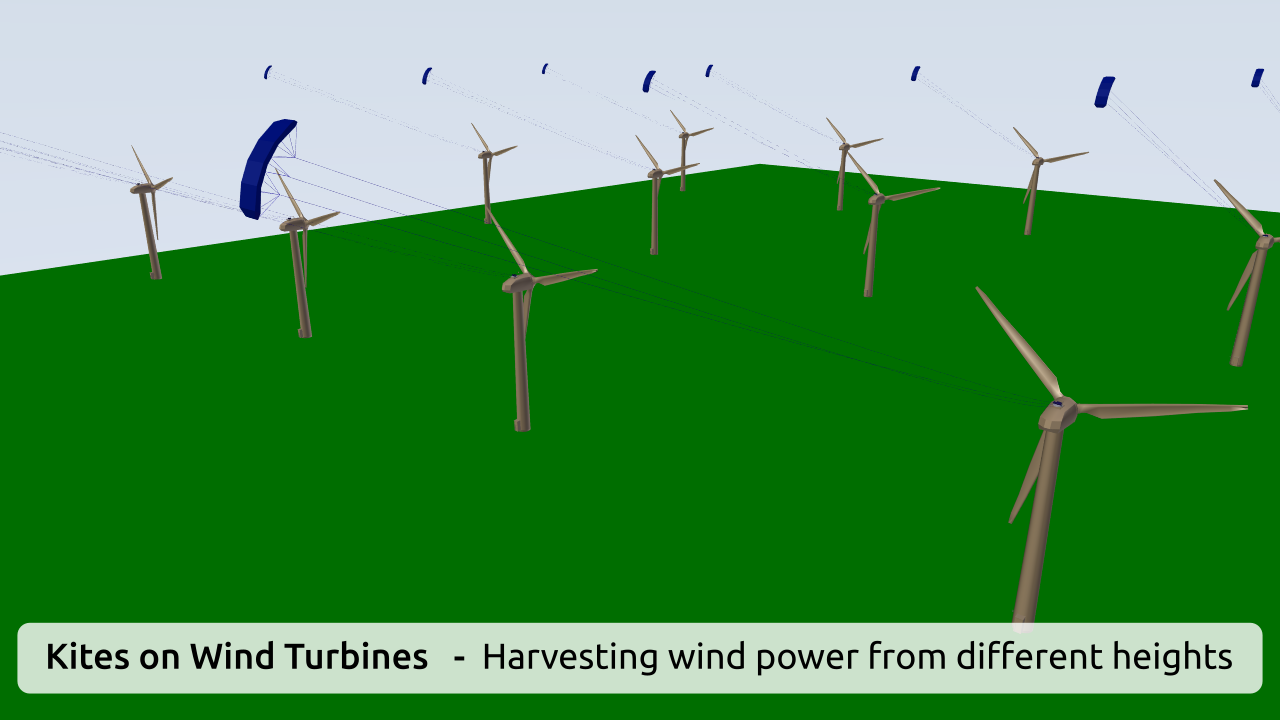 TIn order to harvest the stronger more constant winds in higher altitudes airborne wind energy technology is developed by several companies around the world. This promises cheaper, more constant wind power (high capacity factor) while using significantly less resources and land. One method is the so called Yo-Yo concept which is for instance pursued by the German start-up Enerkite. A kite pulls on lines which unfurl from drums. These drums start rotating and producing electricity using the integrated generators. Once reaching it's maximum height the kite is adjusted for minimal wind resistance and returned to it's starting position. This only uses a fraction of the energy it produced during it's ascending phase.

One major challenge is the fully automated starting of the kite even at insufficient wind speeds at the ground. A possible solution might be to attach the kites on top of conventional wind turbines. At heights of more than 100 m the wind can be sufficient for a start of the kite even at too low ground wind.

Kites on wind turbines would enable harvesting the wind at different altitudes increasing the energy yield per area. Existing power lines could be used and getting construction and operation permission might be easier if the area is already designated for wind energy production.

A major open question is if the wind turbine with it's tower and foundation can withstand the additional wind load introduced by the kite. For a 0.5 MW kite like the one planned by Enerkite the load can be expected to be in the order of 100 kN (assuming rope length change = 400m, ascending time = 80s). If existing wind turbines are not strong enough the additional load of the kite might be considered for new wind turbines.