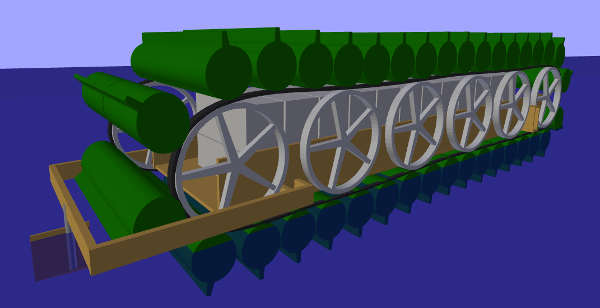 Ships use a lot of power (fuel) to overcome the drag force of moving through water.

This force increases with the wetted area of the ship (area in contact with the water) and the square of the velocity of the ship relative to the water.

The idea of the Caterpillar Ship Design is to attach large floats on a caterpillar track. These floats will be moved along the track with the same speed the ship is moving relatively to the water. Their velocity relative to the water is, therefore, zero. As the floats are the only part of the ship in contact with the water (besides the rudder) the drag force will, in theory, be reduced to zero as well. In practice, the floats entering and exiting the water at the front and rear of the ship will move relative to the water and will create waves and eddies. This will contribute to some drag. Additionally, moving the caterpillar track will introduce some friction and moving through the air will also result in some drag.

Overall, the Caterpillar Ship Design has the potential to drastically reduce the drag force and, therefore, the power (fuel) consumptions of ships. 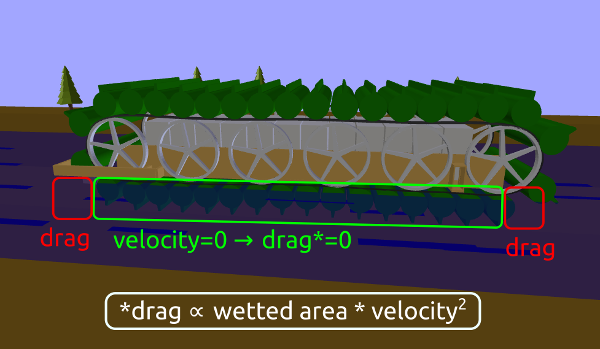 Most of the floats attached to the catterpillar track don't move relatively to the water. The ship, therefore, experiences significantly less drag.